40 Years in the Making

Jackaline and Paul Dunlap began their secret garden in 1974 when they started purchasing the farmland around their Urbandale home, eventually transforming the cornfield into a 12-acre outdoor retreat full of natural beauty. The couple wanted to create a space that was reminiscent of Iowa's prairie past, while also incorporating unique and rare plant and tree species not historically found in Iowa. Jackaline's dream from the beginning was to share the arboretum with the community and ensure its beauty was protected for future generations to enjoy. In 2012, the couple gifted the arboretum and meadow to the City of Urbandale, entrusting the City to continue efforts to realize the vision for the park and celebrate the legacy of Jackaline and Paul.

The Jackaline Baldwin Dunlap Park and Arboretum Master Plan provides an overarching vision for the park and arboretum, while also providing a guiding map for strategic improvements for the next 20 years. The overall inspiration for the Master Plan is to create different experience areas that highlight the importance of environmental stewardship, create a variety of outdoor learning spaces for people of all ages, and pay homage to the legacy of Jackaline and Paul.

The Master Planning process began with a kick-off meeting to discuss existing park conditions, long-term goals for the park and arboretum, and specific additions and upgrades that should be considered. ISG then conducted a Level 2 Tree Assessment to inventory current plant material at the park and offer suggestions for pruning, replacement, or removal. City staff held a series of meetings and a public open house to discuss progress and solicit feedback. Input was received from residents, Jackaline Baldwin Dunlap Foundation Board members, and other community leaders on features they would like developed further, aspects of the park and arboretum they would like to see unchanged, and additional park features that should be considered in the Master Planning process. These comments and additions were considered and incorporated into this final Master Plan document.

Outline of ways to enhance and revitalize Jackaline's jewel, the perennial garden, are provided as well as renderings to showcase the design potential of the garden, park, and arboretum. 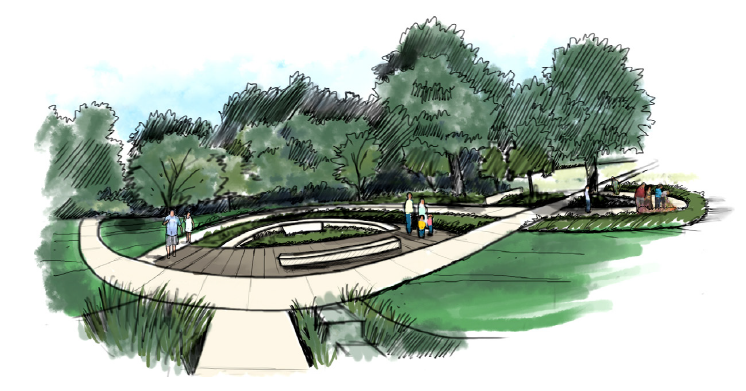 Development of a planting plan aimed at diversification of plant material, recommendations for clustering of plants to ensure staggered blooming throughout the season, and highlighting locations to consider when introducing new trees and plant material. 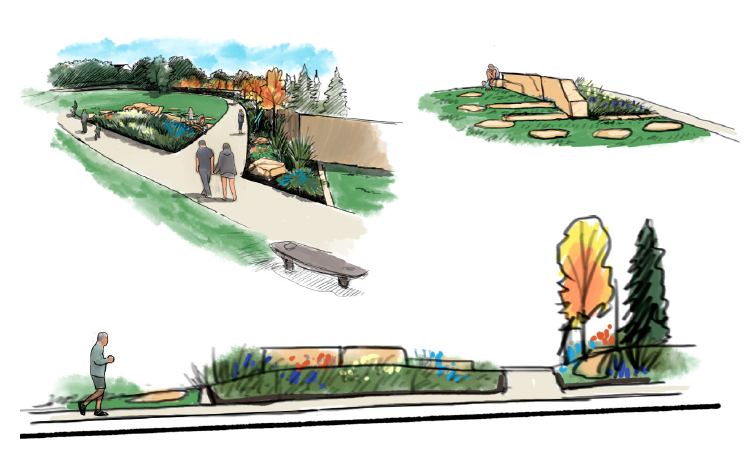 To guide visitor experience, interpretative signage and tree identification signs are shown in strategic locations throughout the 12 acres of the park and arboretum. 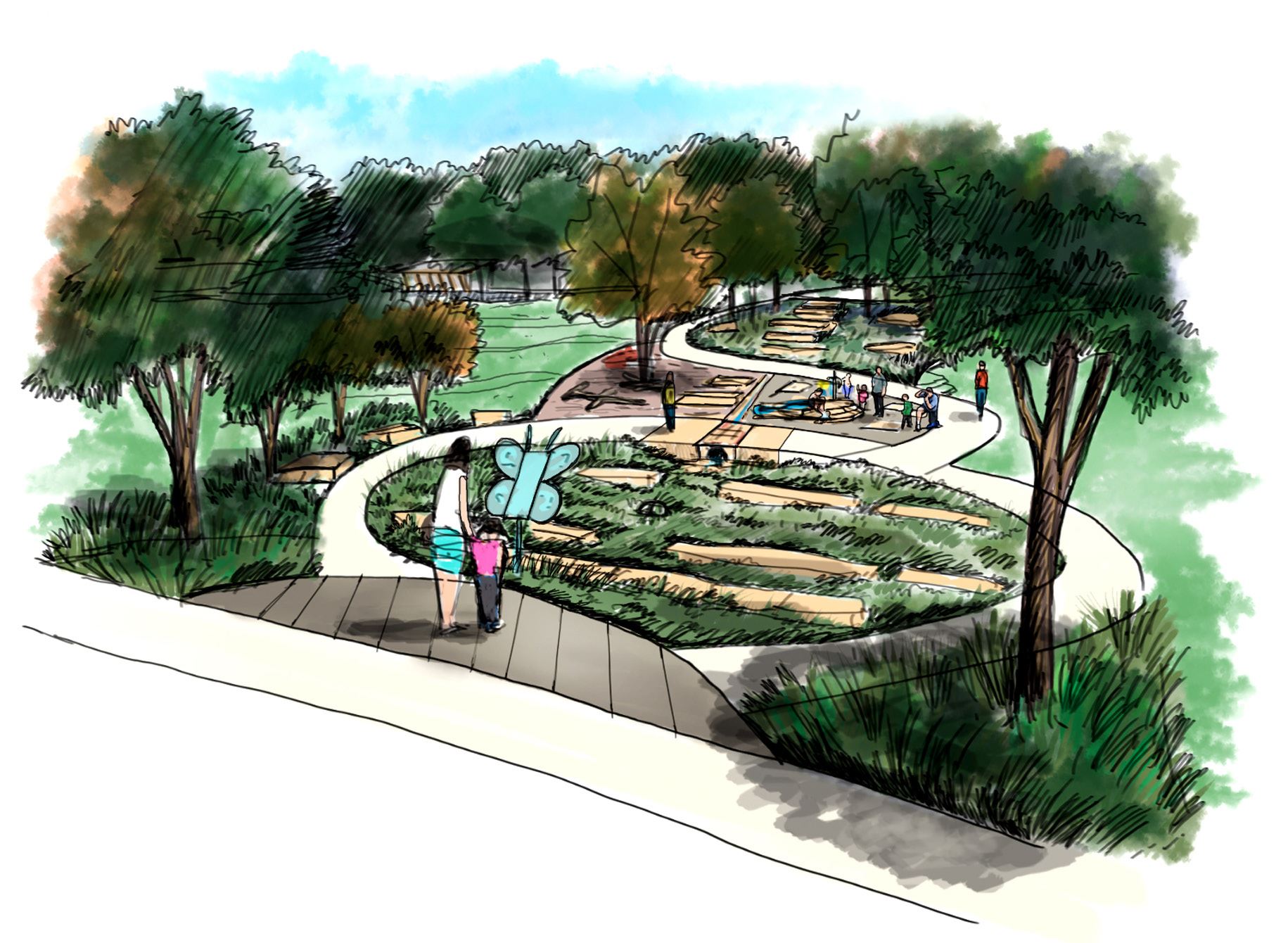 A donor plaque is featured at the main entrance that draws inspiration from a stewardship and butterfly theme, recognizing donors and their continual support for the park and arboretum.

Both the perennial garden and courtyard will commemorate Jackaline and Paul's gift to the City through the inclusion of features such as interpretive signage, a legacy wall, and public art. 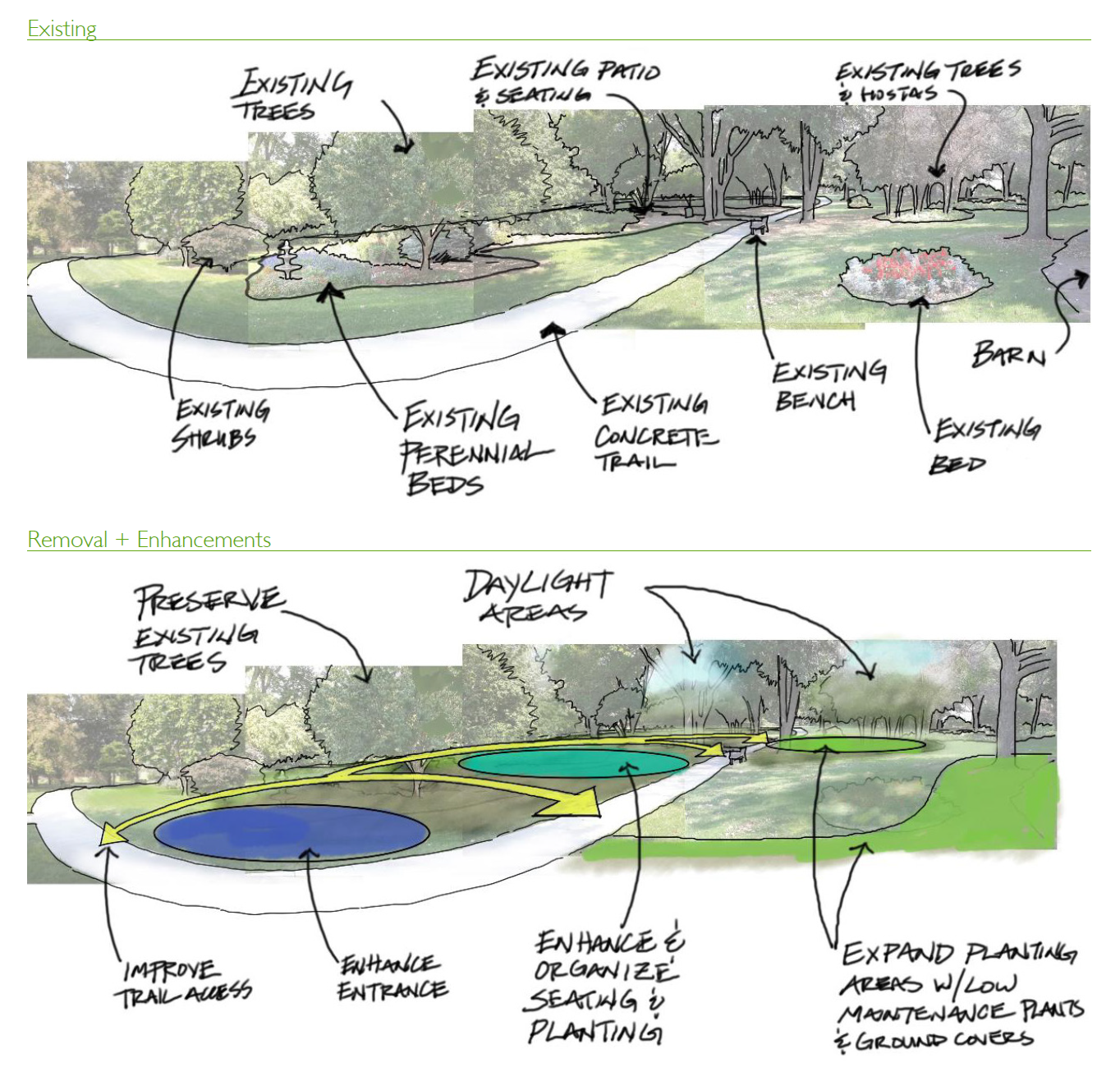 The current greenhouse location is to be transformed into a memorial and interpretative area dedicated to Jackaline and Paul that also incorporates the butterfly and stewardship theme. This theme is used to visually display the continual cycle of growth and renewal that can be found in nature and recognizes Jackaline and Paul's stewardship efforts. 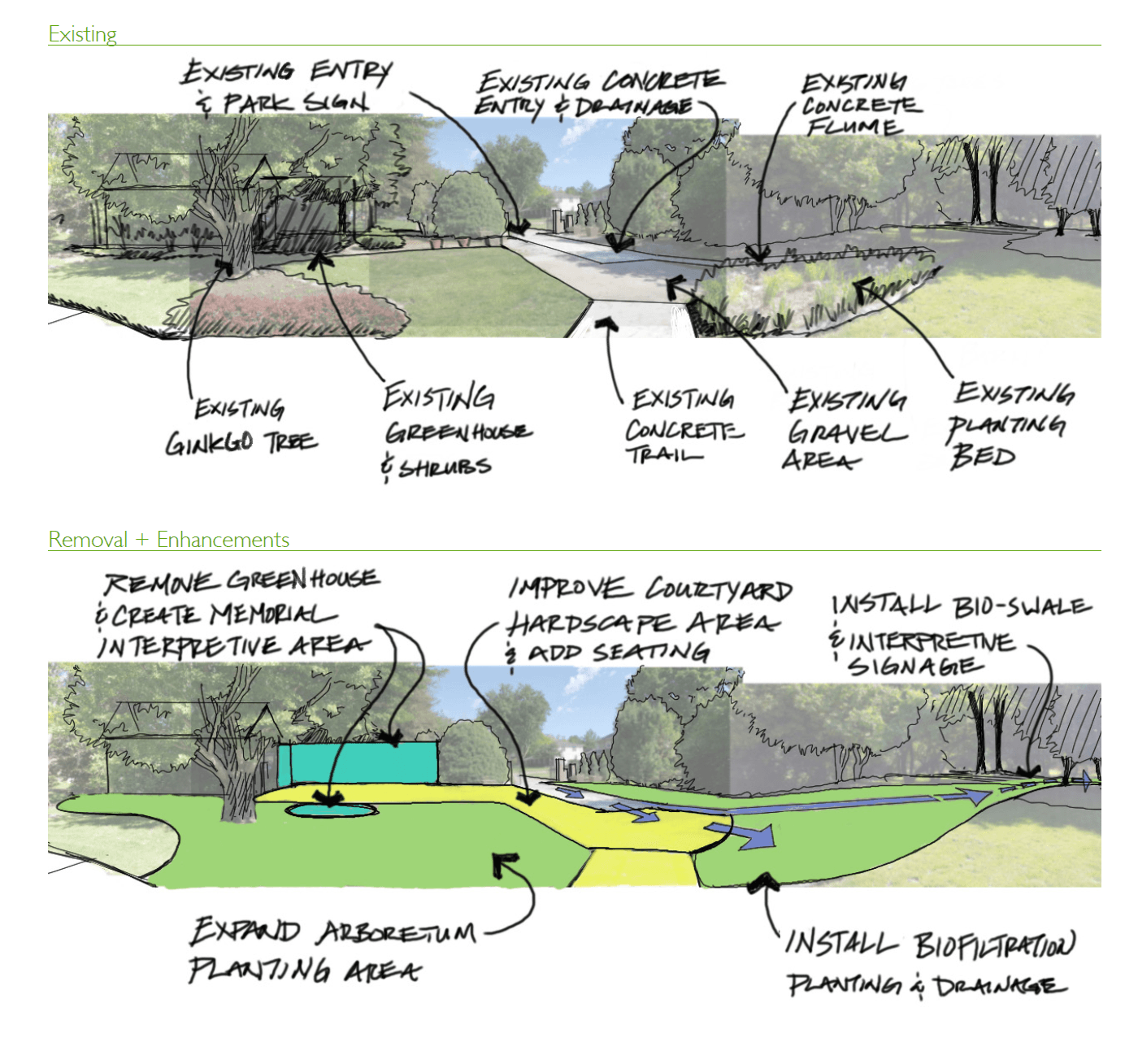 The outline for future improvements includes both short and long-term recommendations. Projects slated to be completed in the next five years should focus on managing and maintaining current conditions and uses. Recommendations outlined in the long-range plan are those that are of a larger scale and may require additional coordination and fundraising, such as a rain garden, designated water play areas, tree garden, and bioswale.