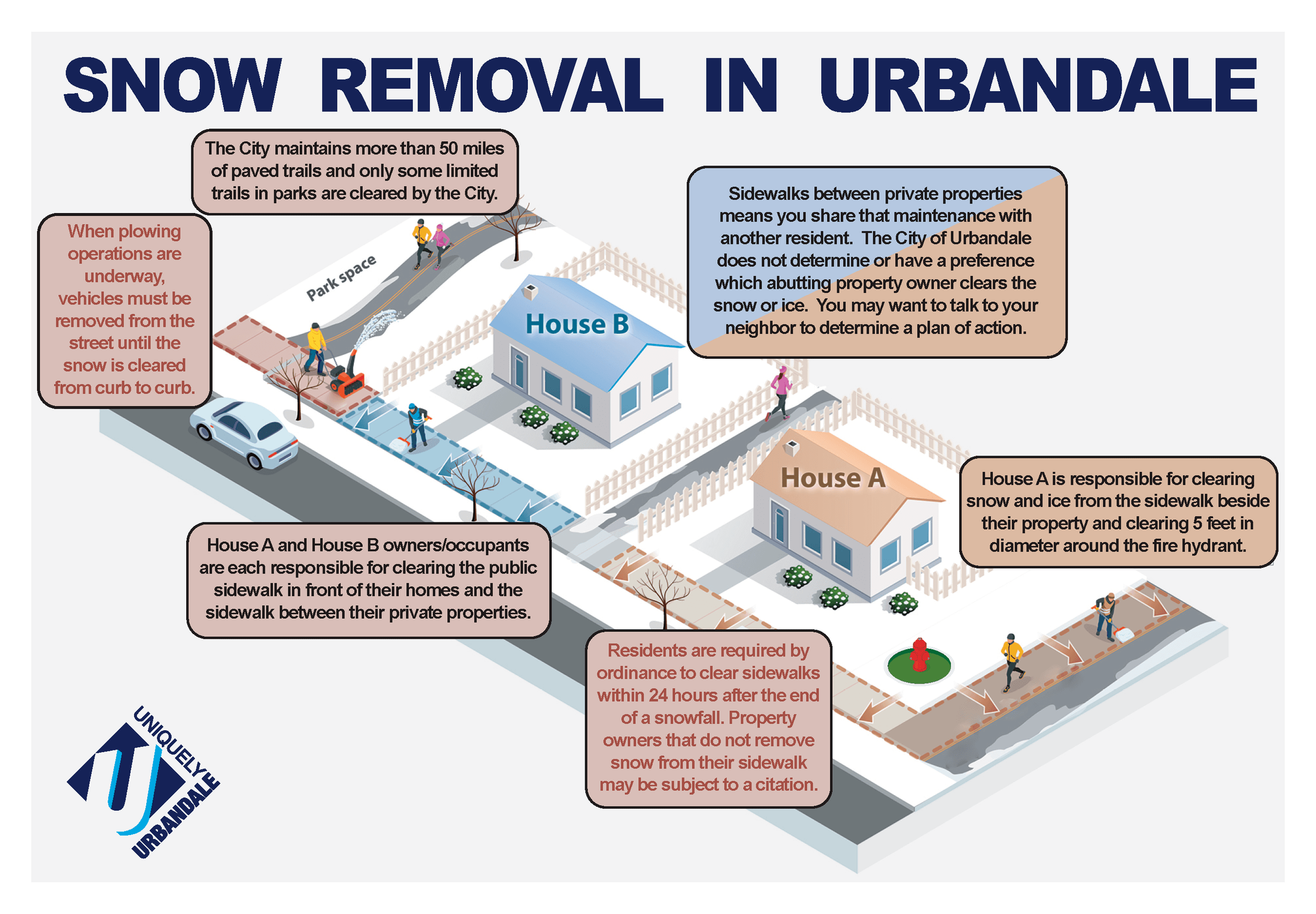 Each winter we can expect about 34 inches of snowfall in Urbandale. The City takes a serious approach and utilizes maximum resources to efficiently and safely remove snow and ice from approximately 495 lane miles of streets and 315 cul-de-sacs. The following guidelines will help us serve you better!

When plowing operations are underway, an emergency parking ban will go into effect. This applies to all Urbandale streets. Vehicles must be removed from the street until the snow is cleared from curb-to-curb. Once the snow has been cleared from curb-to-curb, and it has stopped snowing, you can park on the street again. If a vehicle is not removed from the street it may be ticketed. The cost of a snow ordinance ticket is $35. The City of Urbandale notifies a number of local television and radio stations regarding the emergency parking ban. Alerts will be posted on this website and on social media, or you can call 515-278-3950 during business hours to find out if the ban has been put into effect. You can also like us on Facebook for emergency parking ban notifications. It is best to plan ahead and assume that if more than one inch of snow has been forecast, it is necessary that your street be plowed and vehicles must be parked elsewhere.

Residents are required by ordinance to clear sidewalks (including crosswalks) within 24 hours after the end of a snowfall. Please shovel or blow the snow into your yard, not in the street. If your sidewalk is icy, please apply salt to melt the ice. It is best to remove the snow as early as possible to prevent the buildup of ice or packing of the snow.

Property owners that do not remove the snow accumulations from their sidewalk will be notified with a door hanger stating that if the snow is not removed within 24 hours of delivery of the notice, the owner may be subject to a citation and the City may choose to perform the work and assess the costs against the property.

Pushing or Blowing Snow into the Street

Residents are asked not to shovel or blow snow from driveways or sidewalks into or across the street. This can create hazardous conditions and the City has an ordinance prohibiting it.

It is rare that a snowplow damages a properly installed mailbox. To protect your mailbox, make sure it is at least 6" behind the front of the curb, 48" above the surface of the street, and is adequately constructed to withstand snow clearing efforts by the City.

The City will plow the snow within the confines of curb line to curb line of a street. During heavy snowfalls there may be times when there is simply not enough room between the street and the sidewalk to store all of the snow from the street. During these times we ask your assistance in clearing the snow from around the mailbox to assure delivery of the mail.