What is Emerald Ash Borer?

Emerald Ash Borer (EAB), is an invasive beetle that was discovered in Michigan in 2002. These beetles feed off and will kill any ash tree. Unlike other trees, which remain relatively stable after they die, ash trees lose moisture internally very quickly and begin to fall apart soon after they die creating public nuisance or hazard situations. EAB has killed millions of trees across the United States since its discovery. This has led to federal regulatory agencies and the USDA to enforce quarantines and fines to prevent potentially infested ash trees, logs, or firewood from moving out of areas where EAB occurs. 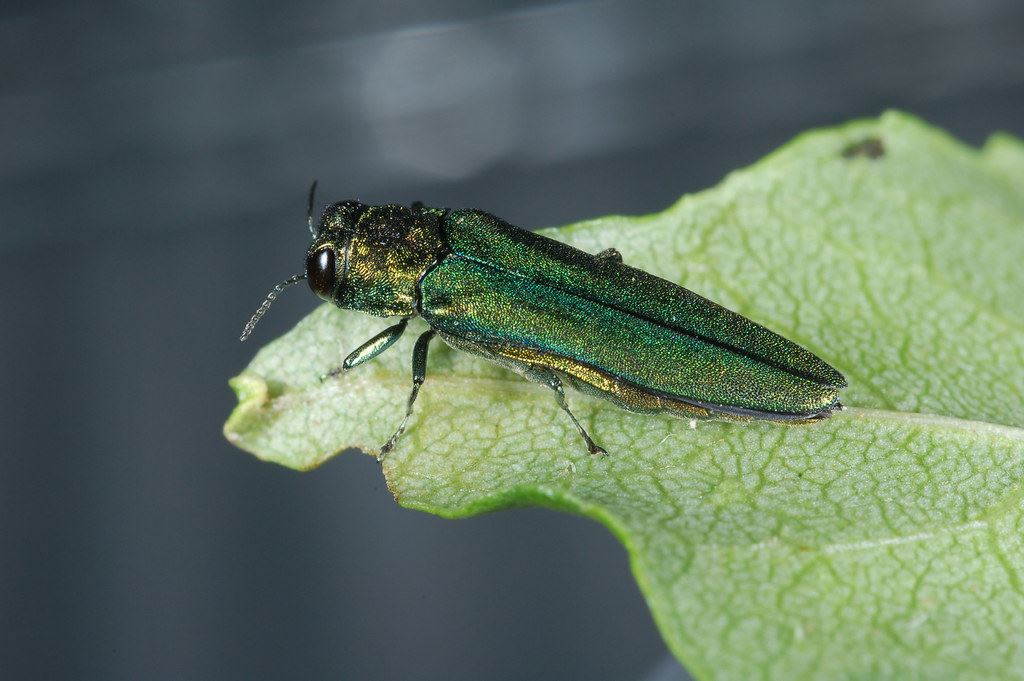 Emerald Ash Borer was first identified in Urbandale in 2015. With just over 1000 ash trees identified on public property during the initial inventory, the city has begun treatments to slow the rate of loss in approximately 20% of city owned Ash trees. This treatment is not intended to sustain the tree permanently, but allow time for managing the removal and replanting efforts. The current ash tree inventory is still roughly 500 trees in our park system. Over the next few years most all public ash trees will be removed within the maintained areas of parks in order to assure a safe area for park users. Ash trees found in heavily wooded or remote areas may remain if there is not a hazard situation surrounding the tree.

The City of Urbandale has been actively planting replacement trees in park areas with higher ash tree populations, however there will be a gap between the removal of the ash trees and the City restoring its tree canopy. Urbandale is being proactive with the diversification of its tree population to be prepared for diseases and/or pests such as the EAB which may devastate a certain variety of tree and require tree removal.

While Urbandale's response plan is primarily aimed at Ash trees on public property, homeowners can also help prevent spreading EAB on their property through a variety of options. First, identify if you have any ash trees on your property using the helpful graphic below, and then monitor the tree for signs of decay, these include:

To confirm the presence of EAB in a tree, peel back the bark and look for the larvae, which is whitish in color with no prolegs and bell-shaped segments. If confirmed, contact a professional tree service to discuss options for treating, removing or replacing your ash trees. Removal of decaying trees on private property is the responsibility of the property owner, and is required under Urbandale City Code Chapter 154.21(M). 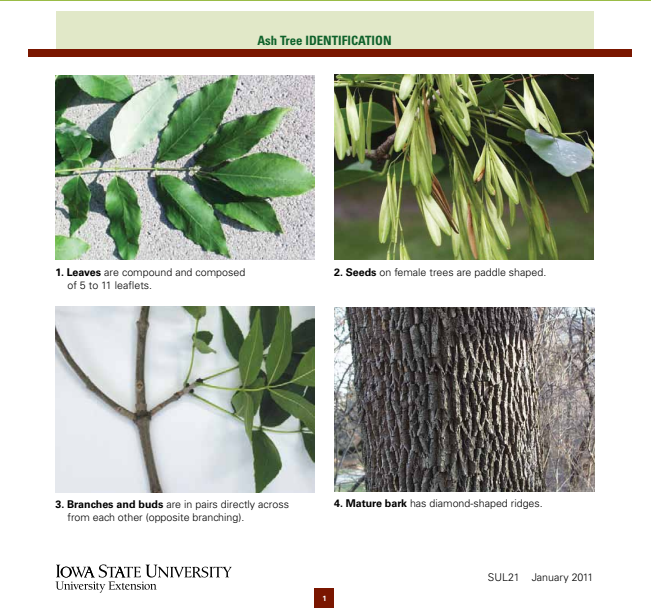