The project starts near 142nd Street and Douglas Parkway and extends northwesterly to the west side of 156th Street north of Ridgemont Drive. Almost all of the project will be constructed on park property owned by the City of Urbandale. See the map below.

The new sewer will cross several streets, including Aurora Avenue, Meredith Drive, 156th Street and Ridgemont Avenue. The sewer will be tunneled in place under the streets and there will be no street closures as a result of the project. The contractor will be accessing the project from the various street crossings so there will be some construction related traffic entering and leaving the streets that are crossed by the sewer.

All of the construction of the sewer, including the restoration of the trails and park areas, will be completed at no cost to the City of Urbandale. The project is being funded primarily by the City of Grimes.

More information and project updates can be found here.

If you have any questions or need additional information concerning the project, please contact Grimes City Engineer, Matt Ahrens at 515-986-4050 or mahrens@grimesiowa.gov. 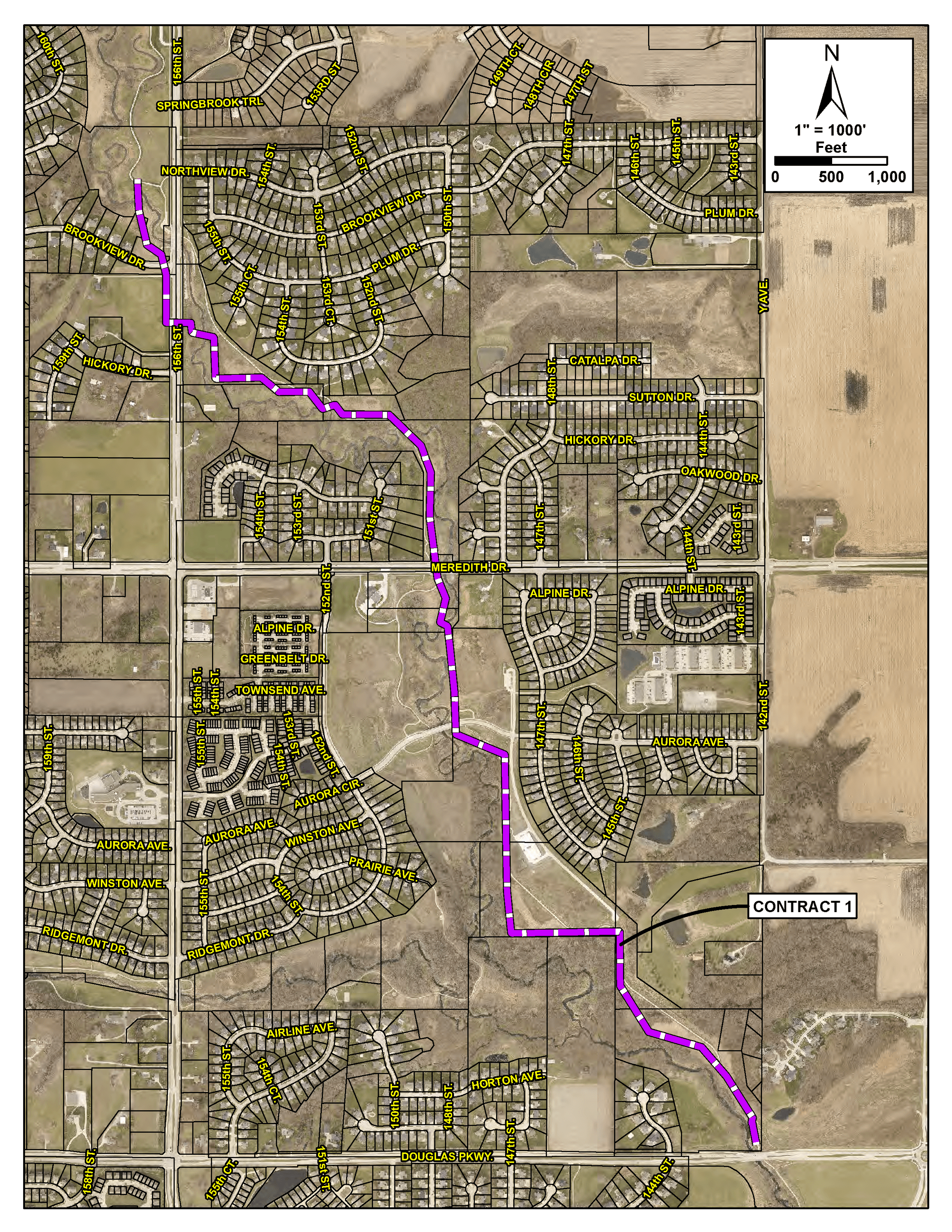