This is an asphalt overlay project, led by the City of Clive and a joint undertaking with City of Waukee. The overlay on Meredith Drive will extend from the Warrior Lane intersection east a half mile to the end of existing asphalt pavement.    The overlay on Warrior Lane will extend from the end of existing concrete pavement in Waukee north to include the Meredith Drive intersection. The project scope consists of culvert removal and replacement, subgrade treatment, a 6-inch asphalt overlay placed in three separate lifts, pavement markings and granular shoulders.

The first of three lifts of asphalt was placed yesterday on Meredith Drive and on Warrior Lane from the intersection south to Tanglewood Drive. The second lift of asphalt is being placed today on these same sections of roadway. The remaining subgrade preparation in Stage 1 on Warrior Lane was also completed earlier this week.

The final surface lift of asphalt on Meredith Drive followed closely by shouldering operations is expected to be completed by the middle of next week.  Paving operations will then shift to Warrior Lane with completion of the first two lifts of asphalt in Stage 1 anticipated by the end of the week.

Existing roadway closures on the east and west end of the work zone on Meredith will remain in place until the completion of asphalt paving operations there.  Barring extended periods of inclement weather or other unforeseen circumstances, the east-west through traffic movement on Meredith Drive is expected to be reestablished by the end of next week.

Please see the City of Clive Project Webpage for more details at https://www.cityofclive.com/project_detail_T51_R214.php.

Work on the project will be completed in two separate stages with Stage 1 including the north half of Warrior Lane and all work on Meredith Drive. This stage is currently scheduled to close beginning on Tuesday, September 7th. Full closures will remain in place overnight at the east and west construction limits on Meredith Drive and at the north side of the Meredith/Warrior intersection until the completion of all asphalt paving in Stage 1. An approximate duration for Stage 1 work is three weeks dependent on weather. The first stage will reopen before the Contractor is allowed to move to the south half of Warrior Lane and begin similar operations in Stage 2. 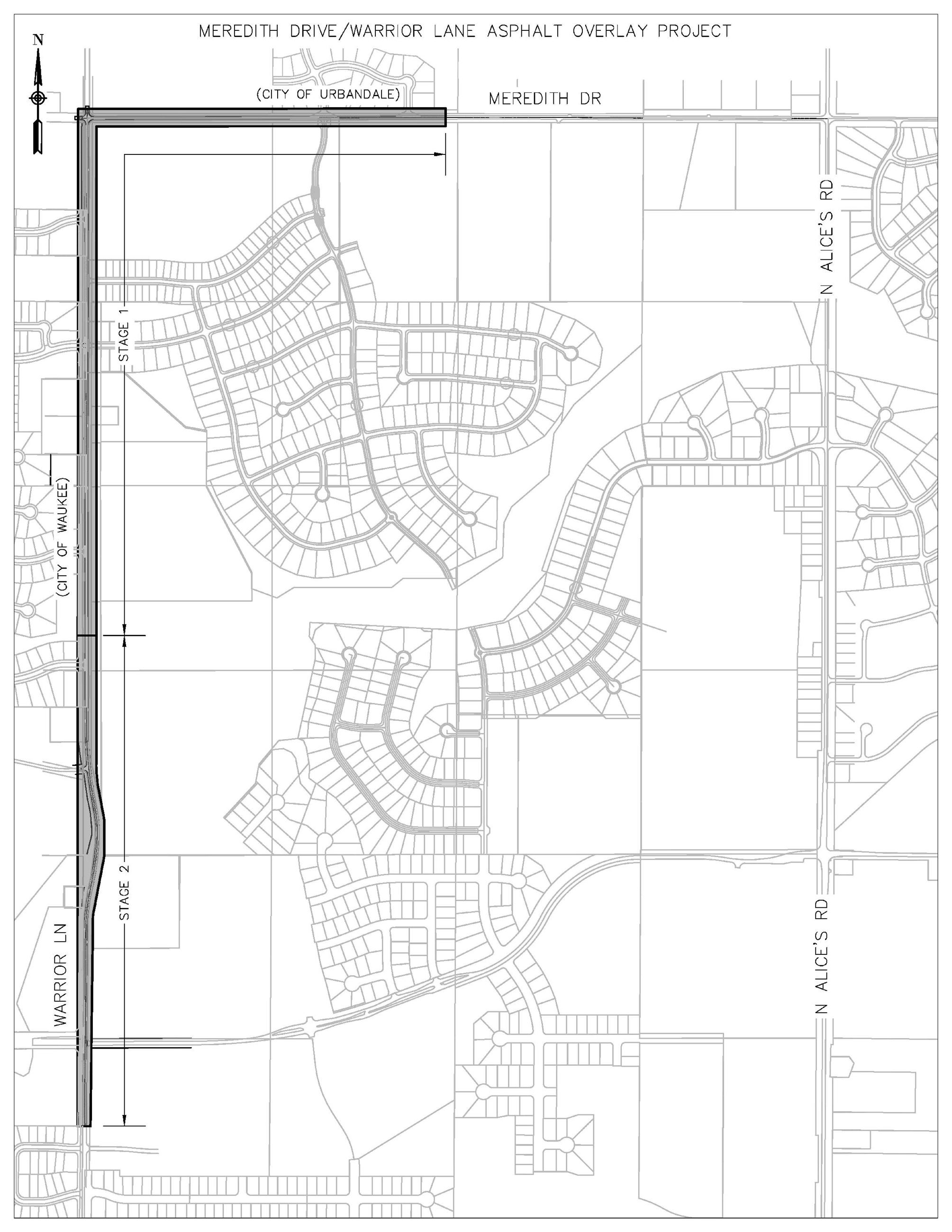